Important Notes: Beta versions contain new features and functions that have not yet been as fully tested as have Release versions. If you use a Beta, you may find bugs or problems and you are expected to report them to Ross-Tech so that we can fix them before making a new Release.

... including automatic generation of debug info if it doesn't succeed: 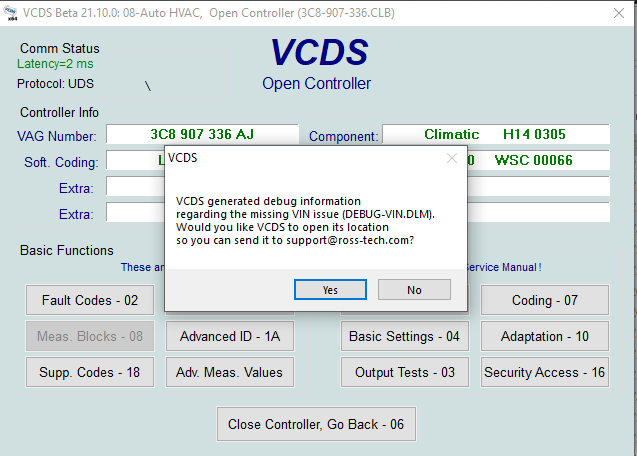 ... internal timing improvements and synchronous logging when 'Bypass Windows Timers' is checked should improve sample rate on TP2.0 and UDS. ... primarily intended to be used when trouble-shooting fuel trim problems. 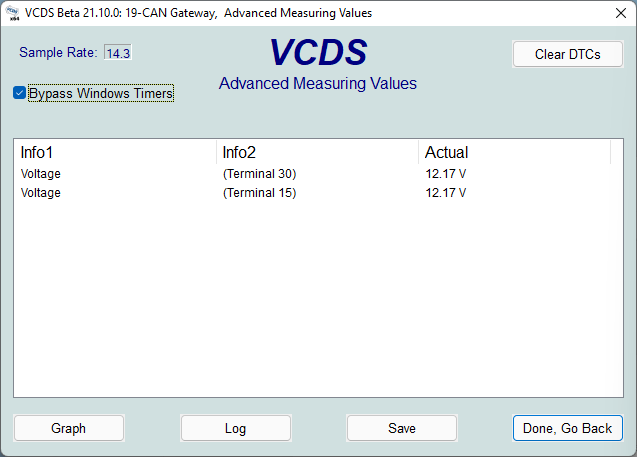 ... of VCDS, TDIGraph, and VC-Scope. These should offer better performance for customers running Windows 10 or 11 on ARM CPUs than Windows' buil-in x86 emulation.

... maps now include a listing of channels that are inaccessible without a Security Access code or SFD release. ... fixes an issue where previously only the first element of an array was shown. ... DS336.1

It will not work with any of our older, legacy interfaces.
Support for legacy interfaces will be included again in the next Release version. CB v0.4613 or higher is required to use this version of VCDS.
Beta channel for your interface can be selected on the Advanced tab in VCIConfig.
Updating your interface will not affect compatibility with previous versions of VCDS. If allowed to install to its default location, it will not overwrite or interfere with the use of Release 21.9 Both 32 or 64 bit versions of Windows are fully supported.
It might still work on XP as well, but we no longer consider any version of Windows older than 7 to be "supported."

Unless otherwise noted, all content on this site is Copyright (c) 2000-2021 by Ross-Tech LLC. All rights reserved.
"VCDS", "VCDS-Mobile" and "HEX-NET" are Registered Trademarks of Ross-Tech, LLC.
Ross-Tech is not affiliated with the Volkswagen Group in any way.